SUNDAY IN THE PIT 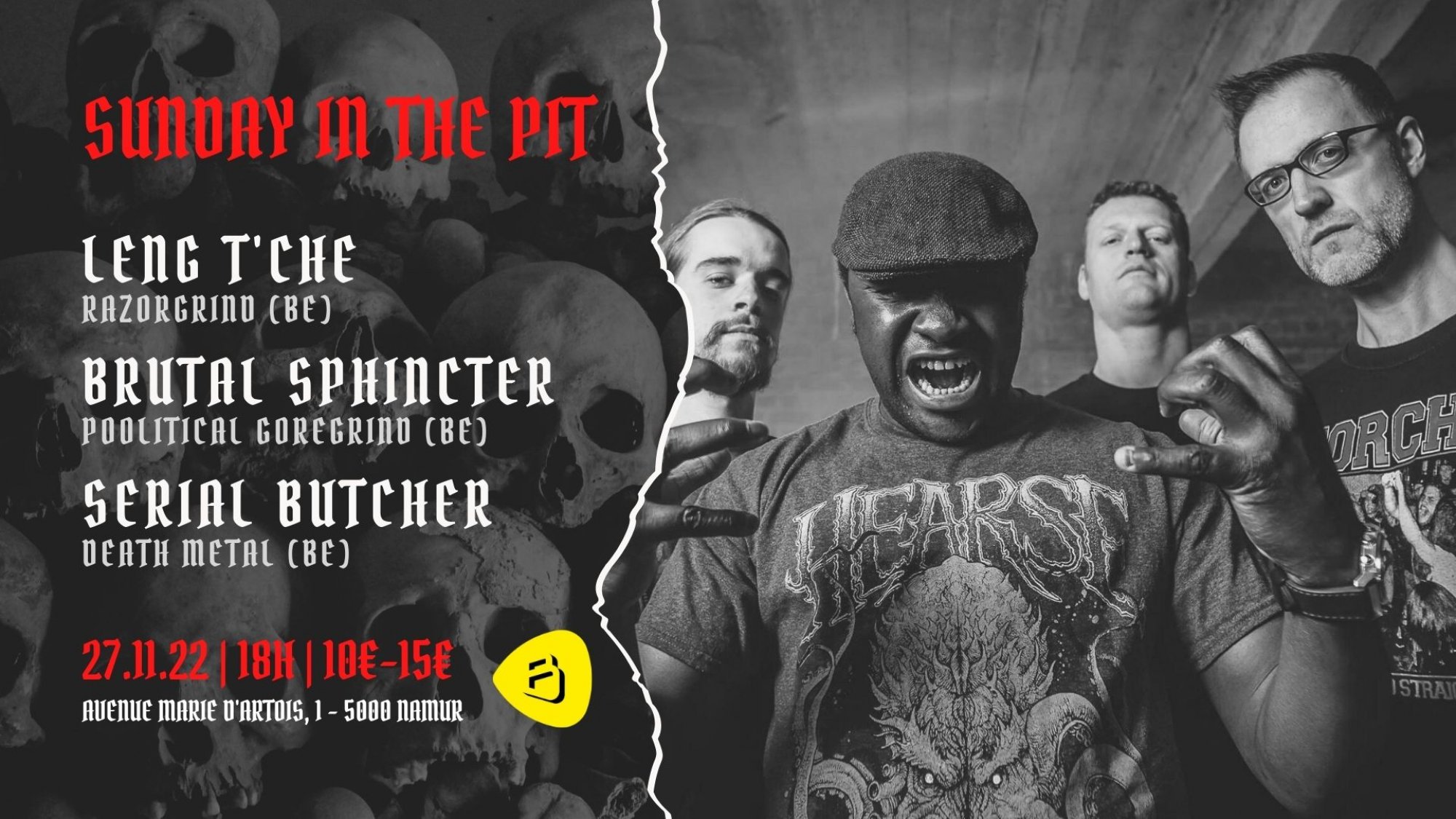 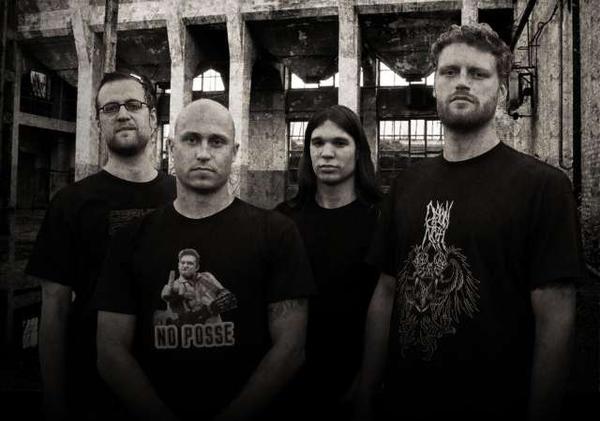 LENG TCH'E, and the legacy continues. Belgian grindcore quintet LENG TCH'E are the latest standout grindcore troupe to join the heralded ranks of the Relapse Records roster. With The Process of Elimination, LENG TCH'E deliver some of the most devastating grindcore on the planet today.

LENG TCH'E aka death by a thousand cuts, is an ancient Chinese torture ritual where the victim has been doped up and is being cut into bits. The victim doesn't feel a thing of this procedure until it is far too late and death is unavoidable.

Basing their own hybrid of grindcore on bands such as REGURGITATE, HEMDALE, NASUM and BLOOD DUSTER and mixing it all up with some stoner / rock / hardcore influences, the band baptized their own unique style, now known as 'razorgrind'.

The past two years have seen the band work through a number of line up changes before finally solidifying into its current incarnation of Sven (drums), Boris (vocals, Suppository), Nikki G (guitars), The Spleenventer (guitars, Spleen) and Nicolas (bass). The quintet have recorded two albums that have been released by The Spew Records in Europe. Noted underground label Willowtip issued the much talked about Man Made Predator in the USA most recently.

LENG TCH'E then signed a deal with Relapse Records for their new album, The Process Of Elimination. This album was recorded in the CCR studios in Belgium and was mixed / mastered by Tue Madsen at the Antfarm studios in Denmark (MNEMIC, ABORTED, THE HAUNTED, HATESPHERE). On the new album, hooks that sink into your brain accompany some of the fastest and most extreme grind to emerge in years as LENG TCH'E prove that grindcore can continue to evolve, while staying true to its formative roots. This is the new sound of extreme - don't be left behind. 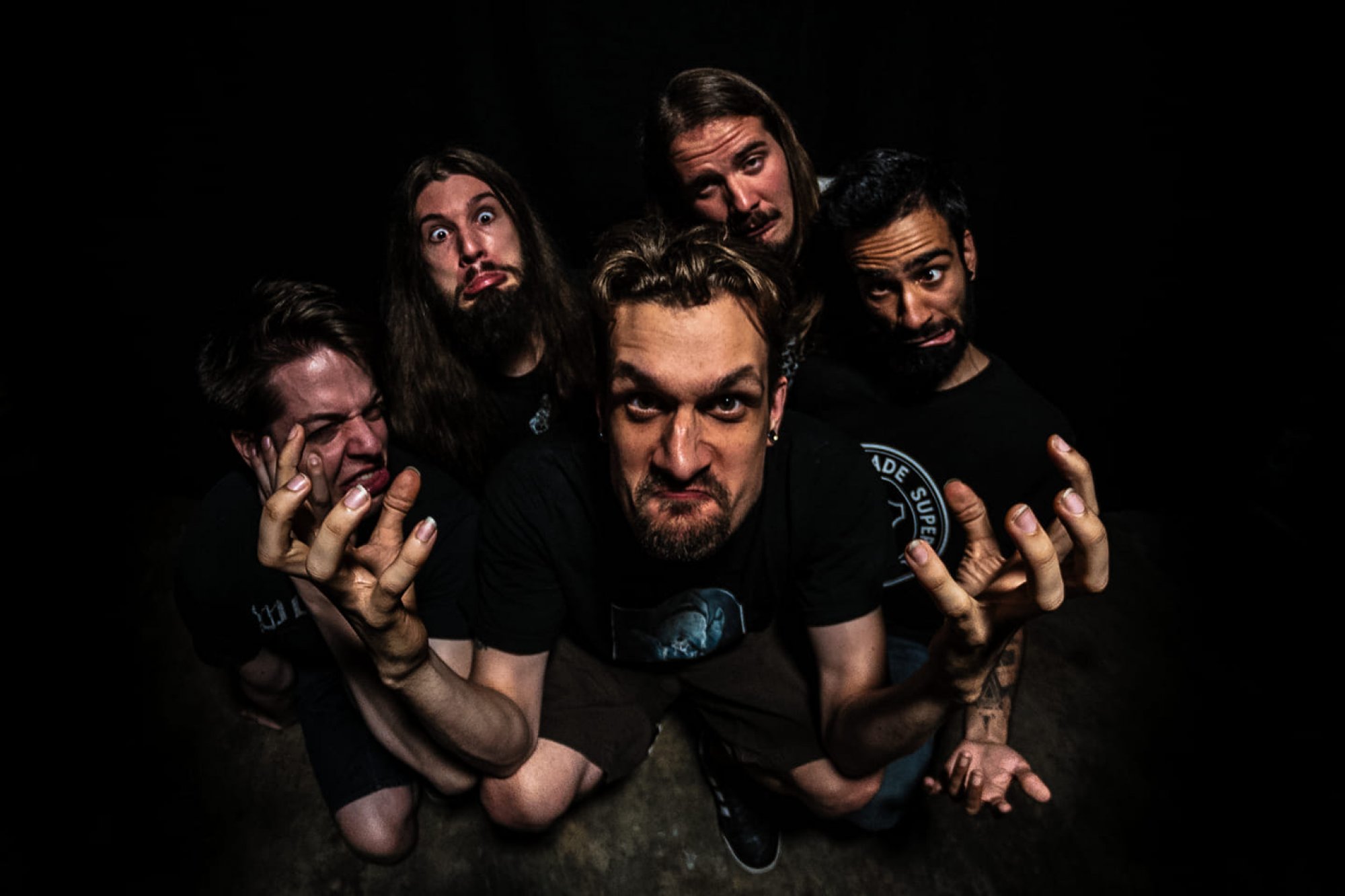 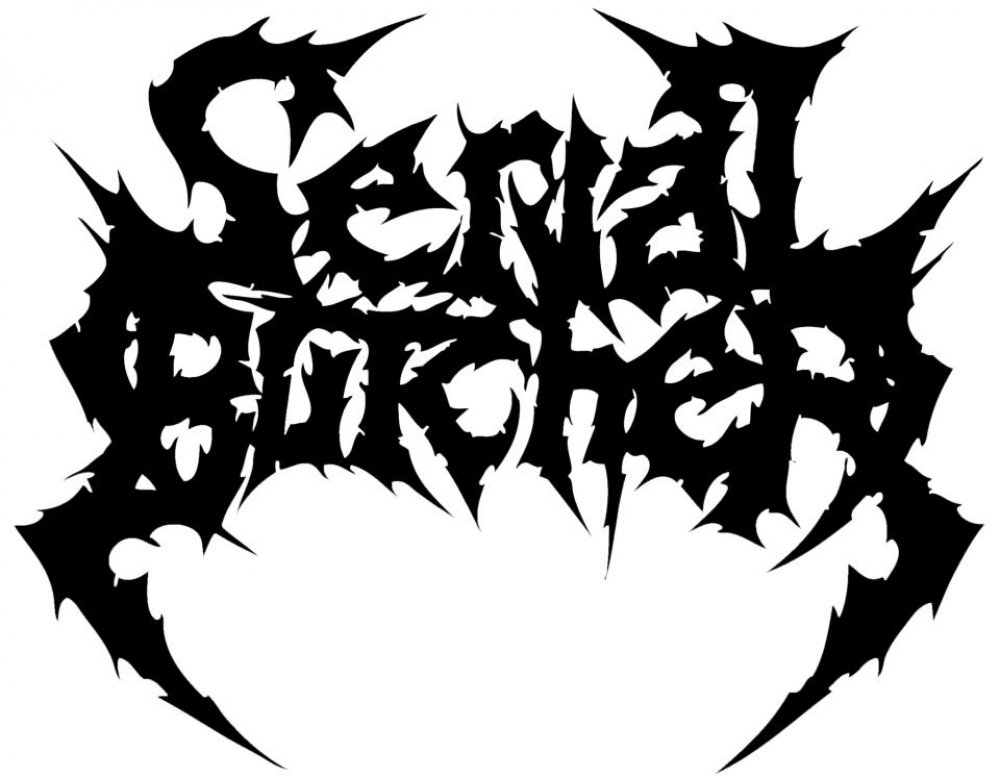 SERIAL BUTCHER was first conceived in 1995, a self titled demo tape was recorded and unleashed upon the unsuspecting audience in 1997 The band is getting rave reviews in fanzines,being called a more brutal version of Cannibal Corpse, and playing an average of 2-3 shows per month all over the country, opening for international acts such as Loudblast,Natron,Suffocation,Aborted,... Wich resulted in recording 2 more demo cd's "Exhumed Rotting" in 1998 and "Butchers Forever" in 2001, whom where self released and limited to a few hundred copy's that where sold out in almost no time! January 2003 sees the band signing a one album record deal to American label "Deepsend records", releasing the EP "Genocide Landscape", recorded at CCR Recordings by Kris Belaen(Aborted,In-Quest,...), selling cd's all over the world,and leaving their mark upon the underground scene. A period of line-up problems had occured in the past years, but where quickly resolved by recruting Belgiums Finest musicians to continue the ravage the band had left behind, providing a more punishing sound than ever before.. The progression of the bandmembers today,took them to the next level of recording a full album, entitled "A Crash Course In Cranium Crushing" at the end of 2008. After 2 weeks of recording and mixing at the famed "Berno Studio" in Sweden with producer Henrik Larsson (The Haunted,Amon Amarth,Vomitory,...) 9 brutal tracks where finished of wich a 3 track promo cd was send out to the world, including the sick art of the allmighty "Tony Koehl" (Malignancy,The Black Dahlia Murder,Devourment,Putrid Pile,...) and quickly draw the attention of many labels,proving that SERIAL BUTCHER is back on track! which resulted in signing a 2 album deal with todays leading Deathmetal label "UNIQUE LEADER RECORDS", housing international top acts like Vile,Deeds Of Flesh,Hour Of penance,and many more... In a few words:"Preparing for the attack",that's what Serial Butcher has been up to! Beware,for those who left themselves unprepared,the ravage will be bigger this time and you will shit yourselves in awe when this relentless sonic madness of pummeling grooves and fast paced artillery passes through your town,leaving a devastating track! So look out for an album called "A Crash Course In Cranium Crushing" before it gets you!